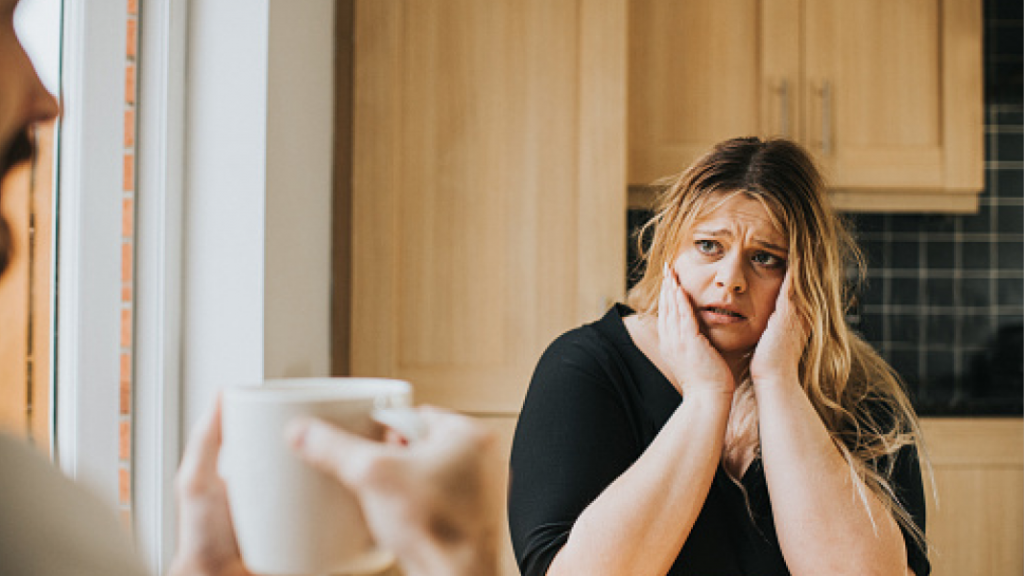 Generally guilt is defined as an emotion which people can feel after doing something wrong, whether this is done intentionally or accidentally, and it often relates to a person’s moral code which has developed over many years.

The trigger points which create feelings of guilt for carers of people with dementia are often when:

There are many phrases which we hear carers use that give a sense of the overwhelming guilt that can be felt. The impact on personal wellbeing cannot be underestimated:

“Other carers seem to manage better than me”

“I shouldn’t have been so hard on them, it’s not their fault”

“I promised X that I would never put them into care”

“I am neglecting other demands / roles / relationships”

Why do we need to tackle guilt?

Guilt can sometimes be unhelpful, and it can cause physical symptoms such as trouble sleeping, stomach pain, stomach upsets and nausea (or other digestive issues), as well as muscle tension, headaches and migraines, tearfulness… to name a few!! It can also create feelings of self-doubt, decreased self-esteem, and shame.

It is no wonder then that guilt has been shown to be associated with depression in the general population and is a common experience of caregivers. It has been suggested that interventions which target guilt may reduce the distress associated with the guilt, and prevent or reduce negative physical and  psychological symptoms.

To help you to re-calibrate your feelings, and to think about whether you are carrying an unhealthy amount of guilt, it is important to ask yourself a number of questions. These may include:

1. Is this a fact, or just my opinion?
2. Why am I so certain of the conclusion I have reached?
3. What assumptions am I making?
4. What evidence is there to support / dispute my thinking?
5. Am I accepting responsibility for something that is not my fault or within my control?
6. What advice would I give to a friend who was feeling this way?
7. What are some other ways of viewing this situation that might be kinder, more realistic or more helpful to me?
8. How will I feel about this in 1 week / 1 month / 1 year?
9. What can I do to cope and look after myself now?

By looking at these questions, you may find that you start to show yourself more self-compassion and we hope that it will help you to see you are probably doing a fantastic job during some exceptionally difficult times.

We would also invite you to give this list of questions to someone who you know, and ask them to go through them one by one with you.

Support groups and forums can also help you to recognise that other carers have similar feelings and are challenged by similar issues. This can help you to realise that ‘Other carers seem to manage better than me’ just isn’t true and that is it possible to become kinder to yourself, more realistic and able to cope.