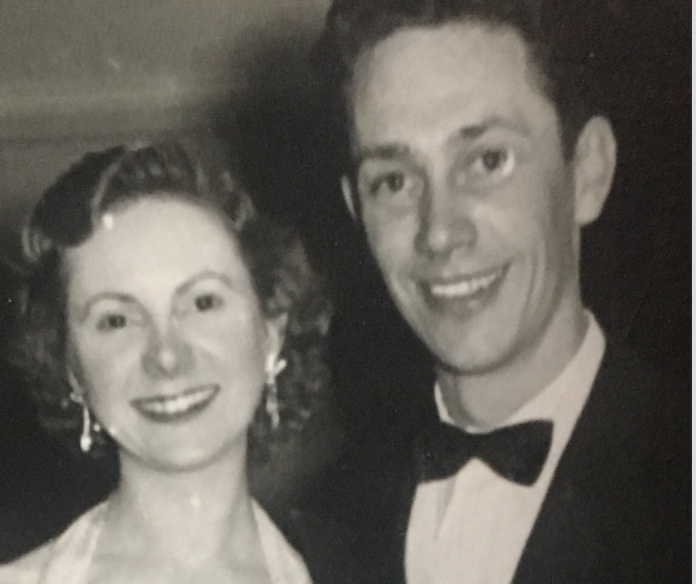 Sometimes we have a ghost in our house. He glides from room to room and can suddenly appear behind you in a bedroom or the kitchen, making you jump out of your skin. 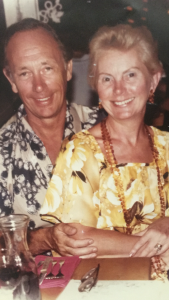 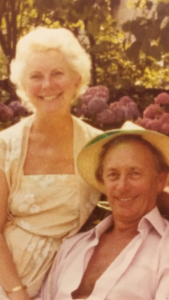 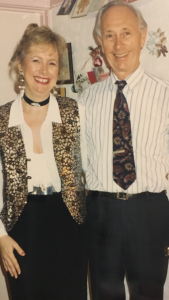 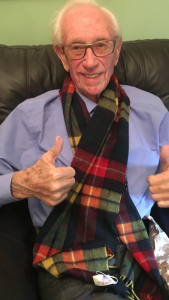 But it’s ok, he’s always friendly. And polite. He’s also dapper and unassuming; tall, slim, upright and handsome. Some days he looks a little chunkier, but when I investigate I count three pullovers and five pairs of socks (“Where are my shoes? These aren’t mine, they’re much too small?”).

He tops the ensemble off with his tweed cap, and my purple dressing gown.

It seems he never gets too hot, only too cold.

Some days he likes to talk, though not much. And when I ask him what he’d like to do he’ll say, “It’s up to you?” or “Whatever you’d like me to do?” Always amenable. But he’s no decision maker, he’s no longer able, too many ‘books have fallen from his shelves’.

On other days we find a dear, elderly gentleman living with us. Always spotlessly clean, using a full tank of hot water to wash (both taps left running with gallons gushing straight down the plug). It’s no longer possible to make him understand how he could prevent this, nor how our monthly water bills have increased threefold. We’ve tried of course, but it becomes another Groundhog Day conversation on repeat, two to three times a minute.

Now we just leave the immersion switch on permanently.

By day he is never without a shirt, a tie (and shiny tie pin), a blazer, pressed trousers (that need a tighter belt each passing month) and immaculately combed white hair. I gently insert his latest pair of NHS hearing aids; he has a low pain threshold (as I find each time I try to cut his finger and toe nails). He’s lost eight hearing aids in a year, I search but their whereabouts remain a mystery. The popular theory is they’re bobbing along watery labyrinths beneath the City on their way to the Bristol Channel…

I wake to a constant buzzing close to my ear. I had a few glasses of wine in front of the TV last night and didn’t climb into bed until around midnight. I try to focus on the digital clock… 3.32am…I think.

All the lights are on and the buzzing persists. I realise it’s the remote signal from the pressure mat outside Dad’s bedroom. He’s on the move, I have to get up.

And the wine fog doesn’t help.

I find Dad in the bathroom, immaculately dressed as if he’s heading to a wedding. All that’s missing is a carnation in his buttonhole.

And, as usual, he doesn’t want to go back to bed. And he certainly doesn’t want to take all his smart clothes off to put pyjamas back on. Showing him the black night outside the window makes no difference, and once again I realise I also won’t be back in bed any time soon.

By day all he wants to do is snooze, but by night…

So I perch on the edge of the bath and watch him shave and re-shave his chin and one cheek, over and over, until eventually the battery dies…

Today we met up with old friends for lunch. Dad read, then re-read the menu (despite having already ordered). Next he portrayed a passionate interest in the list of ingredients on the label of a bottle of sauce.

I filled his glass, cut his pizza, and the circular conversation continued. He listened intently to everyone’s words. He nodded and occasionally smiled whilst pushing food around his plate, but he consumed very little.

But as we left, I felt a sense of bitterness, and not for the first time – neither of our guests had directed a question, nor barely a glance, in his direction.

And he is our gentleman ghost 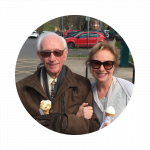 Laura McCormack-Long wrote this beautiful celebration of her Father for Father’s day. Laura cares for her father Alan and previously attended one of Dementia Carers Count’s courses.