John Stiles: Caring for my dad with dementia 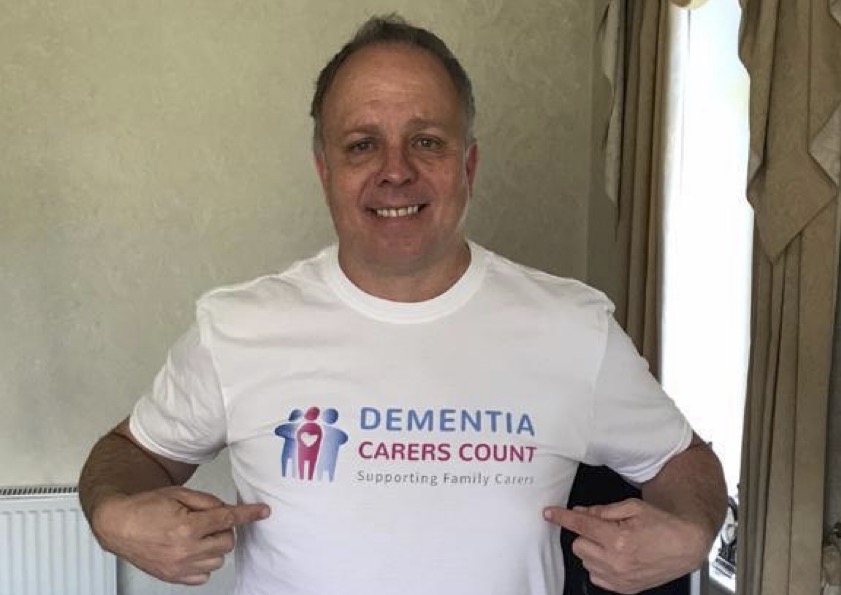 John Stiles, son of legendary footballer and World Cup winner Nobby Stiles, joined Dementia Carers Count for the very first ‘Lunch & Listen’ Facebook Live session, to share his story. During the event, viewers were invited to share their thoughts and concerns and encouraged to ask questions.

John hopes that by sharing his story and engaging with carers, they will recognise that they are not alone, and that emotions such as fear, frustration, uncertainty, sadness and guilt are extremely common for many carers.

Family carers don’t choose for their friend or family member to be unwell, and so they end up in a job that they did not apply for. John discusses the stigma that surrounds dementia and how it prevented his family from actively seeking help and asking the questions that they were in desperate need of answers for.

Through openly talking to friends or reaching out to organisations like Dementia Carers Count, John believes that family carers have a greater opportunity of understanding dementia and despite the “tough journey” ahead, it could help you to still have “times you can enjoy”.

John Stiles is one of the most popular and busiest comedians on the after-dinner circuit. He is a former Professional Footballer, having played for Leeds United and Doncaster Rovers, before injury cut short his career in the game. He is also very proud of the fact that his father was World Cup-winning hero Nobby Stiles MBE.

John has an active role in making Governments and Football Associations aware of the link between head impacts (heading the ball) and early onset dementia and dementia in later life. Like heart disease, kidney disease or liver disease, John also believes dementia should be seen as a health need and not a social care need. You can stay up to date with all of John’s campaign work via his Twitter account: @johnstiles64