Going on an outing 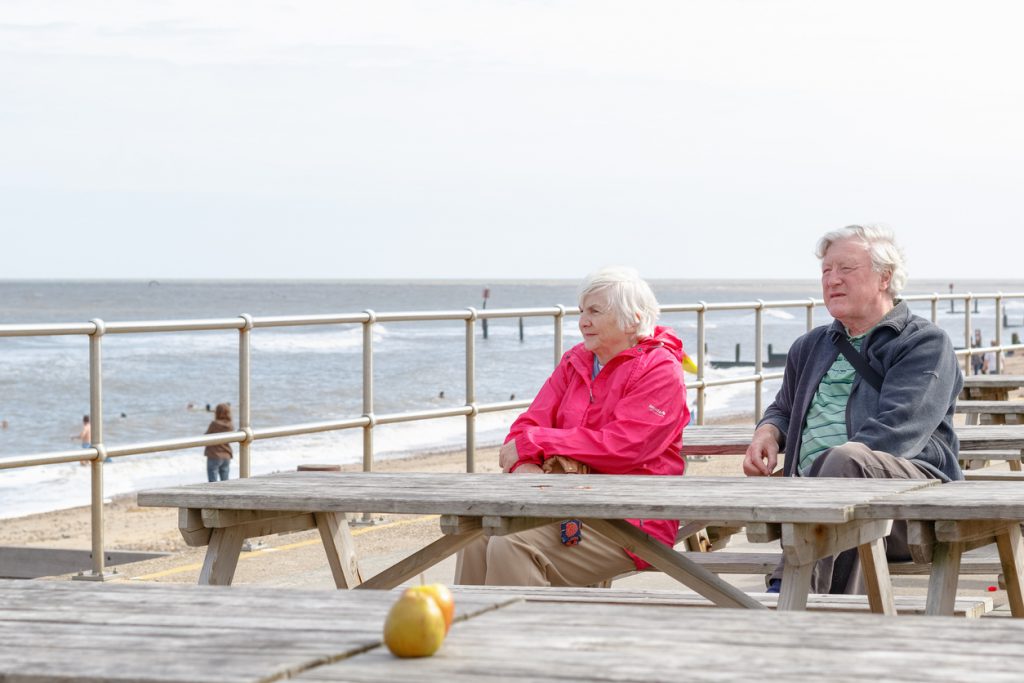 As a family carer, the idea of just leaving the house to attend a GP appointment can fill us with anxiety and dread. This is not unusual and even more apparent since the pandemic. Everything recently feels like it is just that little bit harder.

So, the idea of going on an outing is just not something many of us want to attempt. It does take a lot of energy and preparation but it can be beneficial to the person with dementia and also you, the carer (honestly!).

Kate Legg, a senior specialist practitioner with Dementia Carers Count spoke to Trevor Salomon, chair of DCC Carers Advisory Panel, to discuss his experiences of him and his wife Yvonne going on outings together before she moved to a care home in 2019.

Yvonne was diagnosed with Alzheimer’s Disease in 2013, at which time Trevor became her full-time carer. For them, getting out of the house was not only possible, but also enjoyable and important for their wellbeing. Outings could be going to the local shops, parks, places of significance to them (wetland centres or gardens) or simply to an appointment.

Trevor says that a lot of preparation was needed for any kind of outing that they did together. These are his 8 top tops:

These excellent suggestions are based on Trevor and Yvonne’s experiences and of course not necessarily meaningful or practical for the everyone. As a carer you know what is manageable in your own situation.

If you do choose to go on an outing, remember to keep expectations low and be prepared to abandon your plans if it isn’t working. Another day it may work out better.

Don’t do too much. Don’t under estimate how much time and energy even a simple outing takes for both you and the person you care for. Just try and do one thing per outing rather than several things that may become overwhelming.

Try and make outings meaningful and personal for you and the person you care for. So familiar places or places that hold special memories.

If you can get some support with an outing from someone else it would take the pressure off you. Or, alternatively if someone else is going to take the person you care for out, then they might find it easier if there are two people present.

Keep it simple and don’t put yourself under too much pressure.

Bringing the outside in

It may be that, if you have the option, just spending time in the garden is enough and brings great pleasure.

For some people going outside just isn’t an option. But bringing the outside in can work wonders for the wellbeing of both of you. Being near a window or having some nature brought inside like plants or flowers can boost mood.

Sensory pleasures such as music or photos can also trigger memories of times spent on enjoyable outings together. You could make a storybook or storyboard out of places you have visited, or wonderful parks, gardens, flowers etc. this can be used again and again.

Kate Legg is a Senior Specialist Practitioner for DCC and previously worked as an Occupational Therapist working in Older Persons Mental Health services in Portsmouth. She has a master’s degree in dementia studies and is particularly interested in supporting people with dementia to do meaningful activities

Trevor Saloman is passionate about helping other carers and since 2018 has spoken publicly at events and in the media about the very many practical aspects of supporting someone living with dementia.