My husband Paul and I have two adult sons. Until 2017 I was a freelance museum conservator and he was a fine art and antiques valuer for a London auction house. We were both passionate about our work and leisure interests. After a couple of disturbing years of increasing behavioural issues and seemingly medical indifference, we finally got a diagnosis of behavioural variant frontotemporal dementia, the most common of the rare dementias that primarily affects younger people. The future was grim; no medical treatment to slow the disease and a life limiting average of eight years.

At first, Paul was philosophical about his future. He felt he’d had a good, happy and fulfilling life and besides he didn’t feel there was much wrong with him. I was soon to learn that he was losing his insight and emotional feelings fairly quickly. On the other hand, I was in total shock; angry, sad, bewildered. All the feelings of loss and bereavement, but he was still around. The prospect that your partner of 35 years was going to change beyond recognition, potentially become aggressive (fortunately he hasn’t), develop weird habits and embarrass me in public or be unable to communicate, was daunting.

Trying to sort out our finances, wills, pensions, power of attorney, work, whilst coping with bereavement was overwhelming. Paul was no longer interested in any of it. He just wanted to go for a run or walk to a café. Well-meaning people made suggestions as to what I needed to do. All I wanted was for it to all go away or at least have someone else deal with it.

By chance, a friend put me in touch with Dementia Carers Count, Paul and I attended a pilot training course; ‘me you dementia too’. The expert resilience training from specialist therapists taught me vital coping strategies. I gleaned a better understanding of dementia in all its forms and felt stronger than I had in over a year. I would have the courage to cope. I accepted that I had no choice and was so inspired, I decided to become an Ambassador for the charity.

I have recently joined DCC’s Carers Advisory Panel, hopefully to offer my practical and pragmatic approach to problem solving, a few ideas and a bit of ‘thinking outside of the box’.  Bringing my thirty years’ experience of preserving extremely fragile and often unstable archaeological artefacts!

I specifically want to raise awareness of DCC’s support in helping carers cope with particularly challenging circumstances. That’s why this years’ virtual conference is so important, Every Small Step showcases the range of stories and experiences of some of the 700,000 friends and family members caring for someone with dementia in the UK today.

‘Every Small Step – making dementia carers count’ will take place over five days, from Sunday 18th to Thursday 22nd October. Every day, we’ll be releasing a specially recorded podcast episode sharing the often-overlooked stories of family dementia carers. Join us to hear a variety of voices, from celebrities to younger carers, all sharing their experiences of dementia.

Signing up for ‘Every Small Step’ is the only way to gain access to these stories. Show your support for family dementia carers by walking with us and listening to our stories.

Use this link to register for ‘Every Small Step – making dementia carers count’ today. 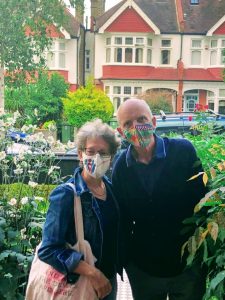 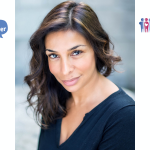 We choose to challenge