Is it possible to “live well” with dementia? - Dementia Carers Count
Donate

Donate
HomeIs it possible to “live well” with dementia?

Recently, Dementia expert, Professor June Andrews, has been quoted in the press as saying that the message often given to the public, that it is possible to ‘live well’ with dementia, is misleading and unhelpful, and one she thinks should be challenged. Here is a link to the article.

Professor Andrews spoke ahead of the launch of a new DVD called “We Need to Talk about Dementia”. This DVD is a drama that highlights a broader range of issues facing someone with dementia and the impact this illness has on families; physically, socially, psychologically and financially. Professor Andrews made the point that most people assume that dementia is a ‘memory problem’ alone and therefore are unprepared for the complexity of difficulties that lie ahead when a dementia diagnosis is given.

As a charity, Dementia Carers Count believes it is possible to live well with dementia. However, it is imperative that this message does not minimise the incredibly difficult times that family carers and people with dementia often have to go through. “Living well” for all of us, carers or not, is not static throughout our lives. How “well” we are living fluctuates. Carers may sometimes feel they are living well, and sometimes feel that they are not. It is also important that carers, healthcare professionals and the general public are well-informed about dementia. Education is crucial, and family carers deserve the same education afforded to paid staff. ‘Dementia’ is an umbrella term that refers to a decline in mental abilities. There are many different types of dementia, and everyone is impacted differently.

Dementia Carers Count are here to support family carers as they live with dementia. When it comes to the ‘messages’ that the public are given, as with most things, balance is the key. Having a polarised view of this doesn’t seem to be particularly helpful as everyone’s experiences of dementia are so different. In the 1980s, Tom Kitwood challenged the medical model of dementia which said that dementia causes ill-being. His enriched model demonstrates that “living well” is subjective and depends on so many things: our backgrounds/personal histories, our personalities, our mental and physical health, and lastly, how well our social and psychological needs are being met. This last factor is often the part we can influence the most, and is what we aim to support people with through our charity.

We support carers to build their resilience in their caring roles. In order for this resilience to be enhanced we believe it’s important to have good information, but also to have a sense of agency in being able to make some positive changes to how they manage their situation. Knowing that there are some things that carers can do to increase their own well-being and the well-being of the person being cared for can be a life-line of hope. Our courses are evidence-based and professionally led and have been co-produced with carers who have told us what they need. Carers need to feel supported. If their situation feels hopeless, this is not because they have failed in any way. It’s because it can be really tough. We aim to equip carers with a ‘tool-kit’ of strategies to help them feel more resilient. We hope they get a sense from us, and each other, that their needs still matter and they can be kinder to themselves at the very least, so that even if ‘living well’ doesn’t feel possible, maybe “living better” can be. 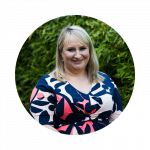 Navigating washing and dressing difficulties when caring for someone with dementia

Ambassadors’ tips for coping during coronavirus

Working from home as a Professor of Family Care in Dementia

14 October 2020
We use cookies to ensure that we give you the best experience on our website. If you continue to use this site we will assume that you are happy with it.AcceptPrivacy policy